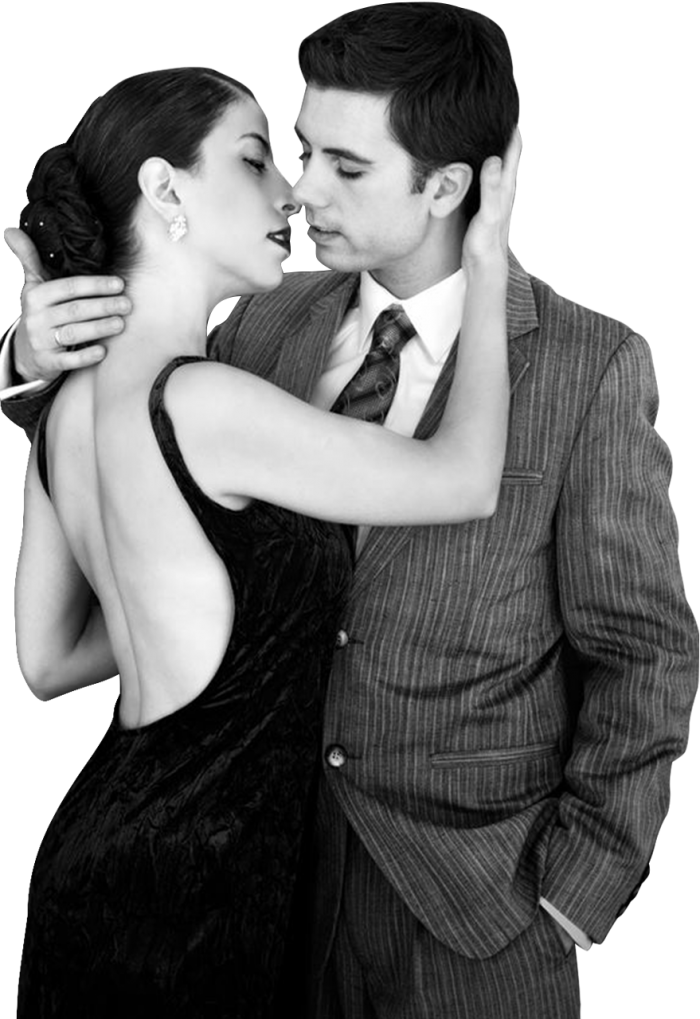 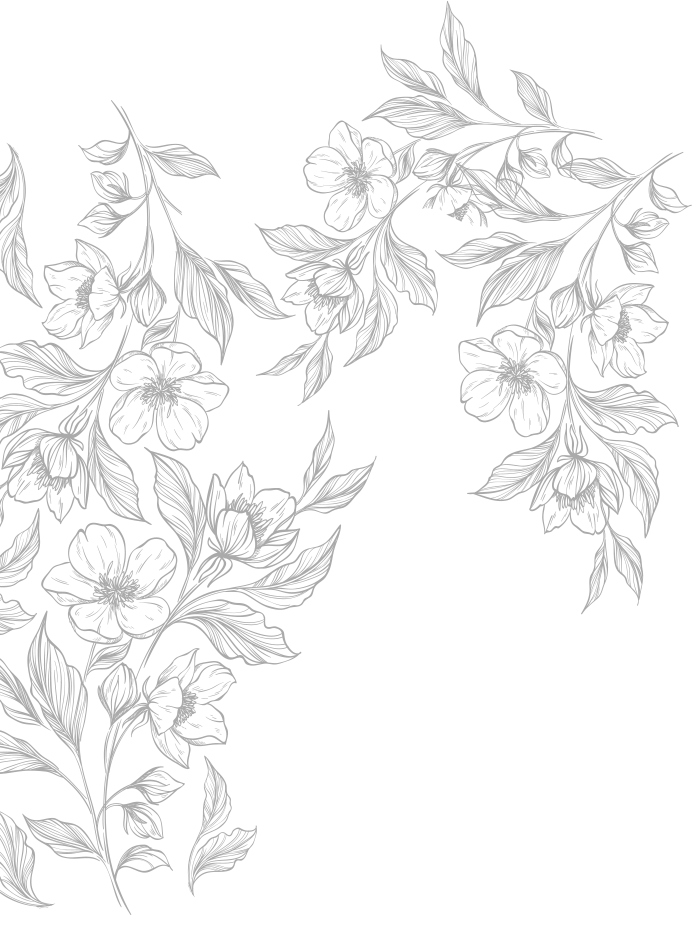 WHAT YOU NEED TO DANCE

To dance tango the only prerequisite is your willingness to embrace and be embraced, positive energy and smile.

In terms of clothing and footwear in order to learn tango you will need shoes that facilitate movement and balance. This means that we want our shoes to have no rubber so they can slip on the parquet floor and for the ladies to have firm pretty shoes on their feet and with an adequate heel. Courses need to be comfortable, without some pre-defined dress code. Argentine tango nights, however, do have a well-groomed look.

As tango is a social dance with a special emphasis on the embrace between two people, personal hygiene and cleanliness are very important. Clean breath, clean clothes and a beautiful perfume help create a pleasant feeling of the embrace and, why not, a charm.

It is a dance with many technical elements, but it is danced by all ages, and to learn it requires dedication and passion. As tango is not just a dance, but an important part of Argentinean culture, one needs to explore music and lyrics to gain a deeper understanding of it. Argentine tango has a strong element of socialization during the milonga (Argentine tango night).

Entering the world of tango, you become a member of a community that shares the same passion and communicates with a common language.

GETTING TO KNOW TANGO 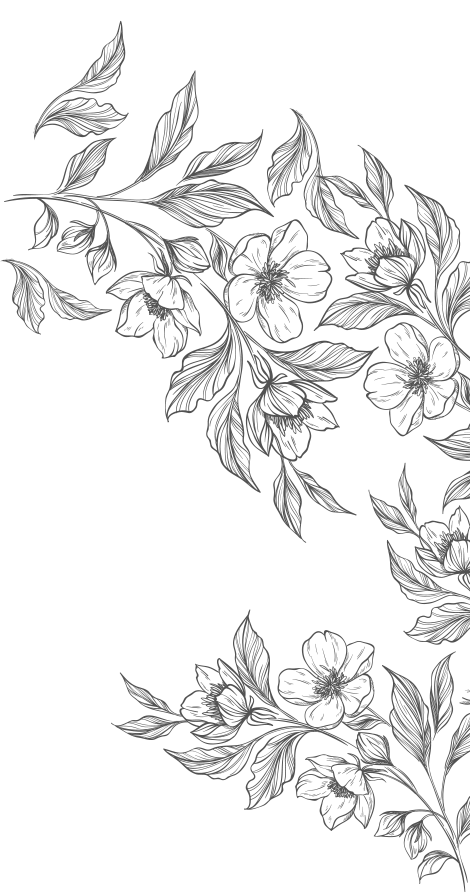 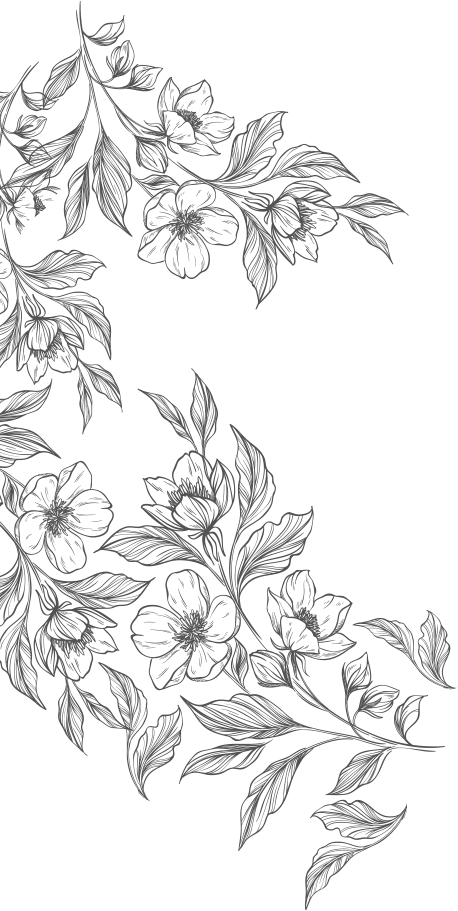 Born in the late 19th century in the popular neighborhoods of Buenos Aires and Montevideo, tango came from a pool of European, South American and African elements, and in particular from thousands of immigrants who flocked to the port of Buenos Aires in search of a better future.

Tango is a feeling that can be danced, unique and instant, a moment of happiness captured in a few minutes, as long as a tango lasts. But if you experience this at least once, then you are constantly looking for it.

The symbol of tango is the embrace, and while it can be relaxed to make some moves more comfortable, we always return to the warm feeling of the real embrace. It is an improvisational dance, with distinct roles for the leader and the follower, as the leader with his movement suggests moves to the follower and, feeling her reactions, proceeds to the next steps.

It is about a non-verbal dialogue of the couple interpreting the music. Because, unlike other dances, tango has no standard steps and figures, but rather a kinesiology vocabulary. The freedom the dancers have in tango allows for a creative improvisation depending on the music, the feeling, the personality and the space available on the dance floor.

In tango there are different styles and techniques. Its core is the social tango based on improvisation, but there is also the tango escenario that is danced on stage and is usually choreographed, which can combine elements from other dances as well.

Tango is danced around the world on dance nights called Milonga.

In a milonga, codes are usually followed to facilitate the dance, but most importantly to create a beautiful romantic atmosphere, making the dancer feel transported to an almost magical world, the world of tango. The music is mainly from the golden age of tango (1935-1955), as formed by the great orchestras of the time, but more contemporary compositions are often heard too.

Around 1990, interest in Argentine tango began to develop in Greece, with the emergence of the first teachers in Athens.

Academia del Tango was founded in 2000, making it the first Argentinean tango site in Greece.

Finally, tango is not just a dance. It is music and culture, it is a social phenomenon, it is a way of life, it is poetry, it is lyrics that speak about human emotions and that is the reason why it is protected by UNESCO as a cultural heritage of humanity. Tango is a way to make new acquaintances, but also to get to know aspects of yourself, in the most beautiful way, dancing.

The origins of tango are many and varied, with influences from Andalusia, Spain, the African candombe , played with percussion instruments, the bel canto and the canzonetta of the Italian immigrants and the Spanish-Cuban habanera. Similar genres with tango are also the milonga and the Argentine vals (vals criollo).

The first tango was played by immigrants in Buenos Aires and Montevideo. Until the end of the 19th century, tango was widespread in Buenos Aires’ popular neighborhoods, but it was treated in a hostile way by the bourgeoisie, because it seemed connected to the underground people and brothels. The way the tango was danced at the time resembled the style known today as canyengue, characterized by the bending of the knees, the forward inclination of the body, the mutual support of the pair and contact at the height of the abdomen. This style had strong African elements but over time it retreated and gave way to a more elegant style.

The first generation of tango musicians is referred to as the “Old Guard” (“Guardia Vieja”). The music was played with easily portable instruments: a trio flute-guitar-violin, with the bandoneon arriving by the end of the 19th century.

The 1910s-1920s is the period of the international “tangomania”. Around 1910, tango began to be danced outside Argentina, as a new fashionable dance, by bourgeoisie, even by the aristocracy, first in Paris and then in the rest of Europe and North America. 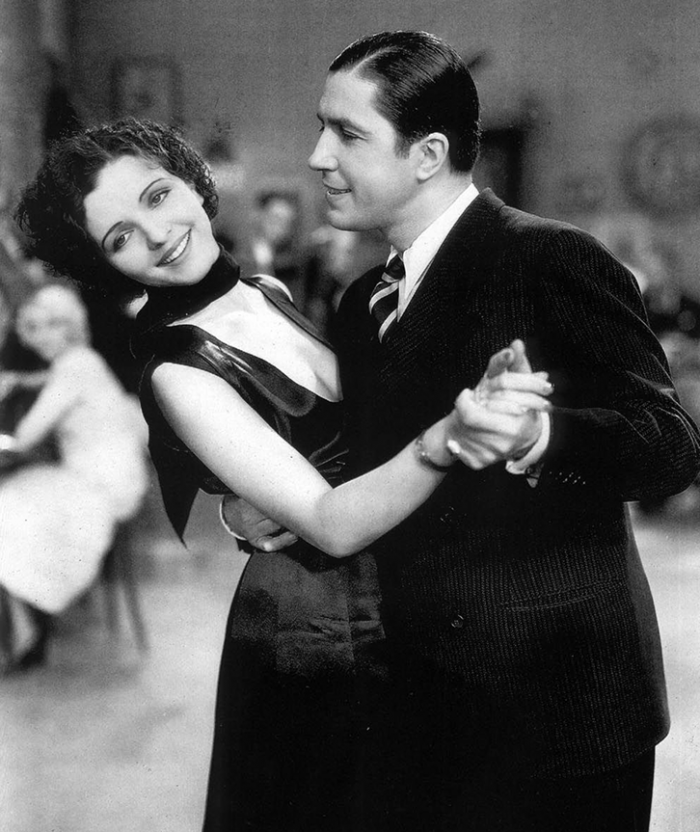 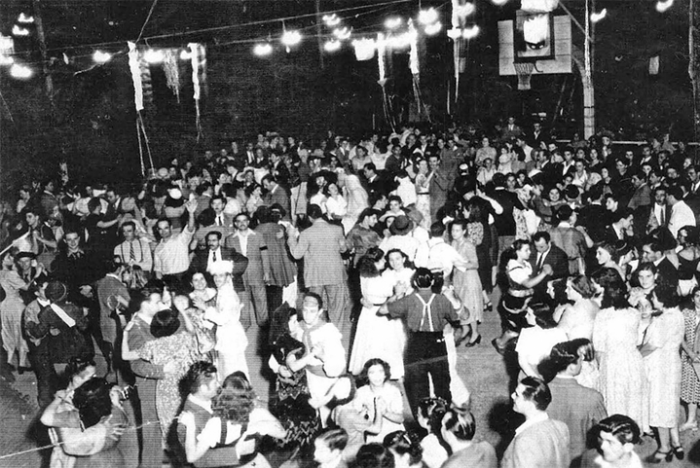 In Argentina in the 1920s tango, partly due to its aforementioned popularity in Europe and North America, is emerging from the fringe and becomes more popular amongst the middle class.

Carlos Gardel (1890-1935) is the singer who in Argentina is considered almost a national hero . He was associated with the transition of tango from the music of the neighborhoods to a perfectly acceptable music for the middle class. Essentially Gardel created the tango-canción (tango with singing) in the 1917, by singing the song “Mi Noche Triste”. He made many recordings and starred in cinema. He was killed in a plane crash in 1935 at the peak of his career and he is the most popular person of all time in tango.

Orchestra directors like Roberto Firpo and Francisco Canaro replaced the flute with the bass. Gardel’s death was followed by the emergence of different trends in tango, with Anibal Troilo (1914 – 1975) and Carlos di Sarli (1903 – 1960) tending to innovation and Rodolfo Biagi and Juan D’Arienzo tending to tradition.

Beginning with the Golden Era and continuing on, many recordings were made by the orchestras of Osvaldo Pugliese (1905-1995) and Carlos di Sarli (1903-1960). Di Sarli had a rich, lyrical and magnificent sound, emphasizing the strings and piano in relation to the bandoneon. Pugliese gradually developed a distinctive style, with rhythmic complexity and dramatic elements, which made his music more suitable for listening and less for improvisation in a social dance, but at the same time ideal for choreography due to its dramatic elements. 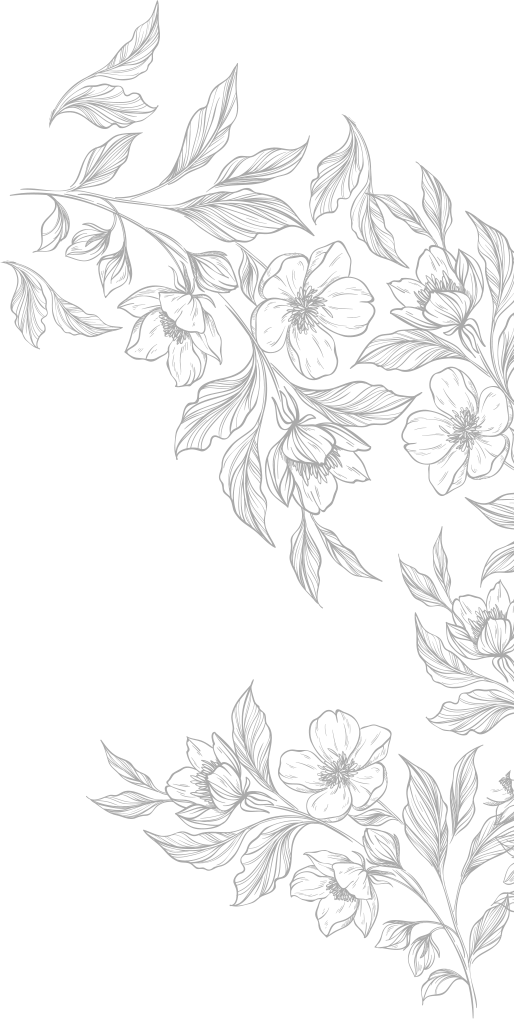 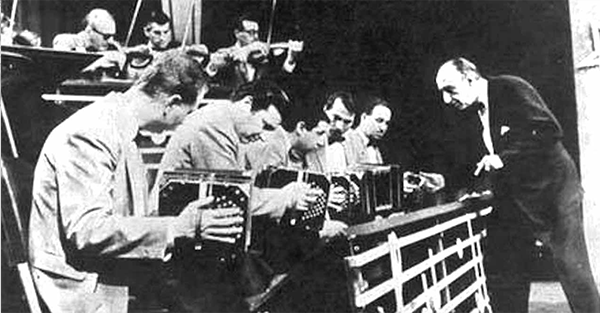 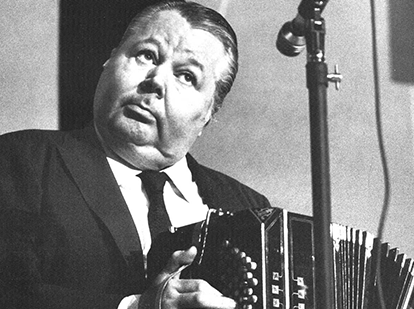 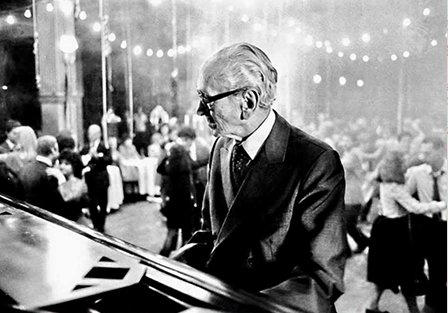 1955 is the year that a military coup overthrew Juan Peron but also the beginning of a period of military instability and intervention in civilian life that lasted until 1983. At this time, large bands are declining and tango is no longer so popular, because of the dictatorship and also because of the rise of rock and jazz music. The most important composer of tango after the golden age, but also one of the most important of all time, is Astor Piazzolla (1921-1992), whose major works were recorded from 1960 until his death in 1992. His characteristic is that he introduced in tango elements of jazz and classical music. Although initially met with criticism in Argentina, as his compositions were considered too modern, it is now well-established as a major musician worldwide.

The Renaissance period, from 1983 onwards

1983 in Argentina marks the fall of dictatorship on the one hand and on the other the appearance of the Tango Argentino music and dance drama that toured Europe and North America. Both events are thought to have contributed to the rebirth of tango. Orchestras that are playing classical tango and new singers are flourishing again and so the tango is back on the scene.

Nowadays tango continues to be heard and danced around the world with more people integrating into its community over time in both Argentina and the rest of the world, as tango speaks deeply in people's souls and purifies it.

We use cookies on our website to give you the most relevant experience by remembering your preferences and repeat visits. By clicking “Accept”, you consent to the use of ALL the cookies.
Cookie settingsACCEPT
Manage consent

This website uses cookies to improve your experience while you navigate through the website. Out of these, the cookies that are categorized as necessary are stored on your browser as they are essential for the working of basic functionalities of the website. We also use third-party cookies that help us analyze and understand how you use this website. These cookies will be stored in your browser only with your consent. You also have the option to opt-out of these cookies. But opting out of some of these cookies may affect your browsing experience.
Necessary Always Enabled
Necessary cookies are absolutely essential for the website to function properly. This category only includes cookies that ensures basic functionalities and security features of the website. These cookies do not store any personal information.
Non-necessary
Any cookies that may not be particularly necessary for the website to function and is used specifically to collect user personal data via analytics, ads, other embedded contents are termed as non-necessary cookies. It is mandatory to procure user consent prior to running these cookies on your website.
SAVE & ACCEPT